Reflecting the rank and professionalism of the conference, the organizers have set up a Program Council. The WEH Program Council, chaired by GĂźnter Verheugen, a former European Union Commissioner for enlargement, is tasked with ensuring that the lectures, presentations and debates are of a high standard. The WEH Program Council's members include Jerzy Buzek, a former Polish prime minister and former president of the European Parliament, Danuta Huebner, a former EU commissioner, WiesĹaw RozĹucki, the founder and first president of the Warsaw Stock Exchange and PaweĹ Wojciechowski, former minister of finance, former vice minister of foreign affairs and current Chief Economist of the Polish Social Insurance Institution (ZUS).
Prof. GĂźnter VerheugenProf. Danuta HĂźbnerJerzy BuzekIwona Sroka, Ph.D.WiesĹaw RozĹucki, Ph.DPaweĹ Wojciechowski, Ph.D 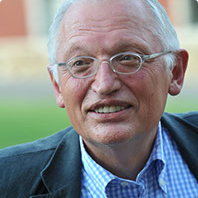 Prof. GĂźnter Verheugen,
Former Vice-President of European Commission, Commissioner 1999-2011
He started his political carrier in 1969 after having worked as a journalist and having studied history and political sciences. He was a member of the German Bundestag from 1983 until 1999, where he hold a number of senior posts and was mainly dealing with foreign and security policy and European affairs. He was appointed Minister of State for European affairs in the Foreign Office in 1998. In 1999 he became a member of the European Commission, responsible for enlargement until 2004. In 2002 he also took over the responsibility for the European neighbourhood policy. In his second term in the European Commission, from 2004 to 2011 he served as Vice-President and was in charge of enterprise and industry. In this capacity he was the European chairperson of the Transatlantic Economic Council as of 2007. He is now an honorary professor of Viadrina University in Frankfurt/Oder. He has published a number of books and essays on European and other issues. From 2015, he is one of the seven advisors of the Agency for Modernization of Ukraine, working in the area of models integrating Ukraine with the EU. 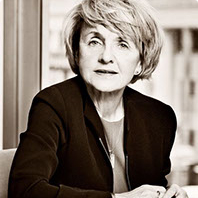 Prof. Danuta HĂźbner,
Poland's first-ever European Commissioner
One of her country's foremost economists and policymakers and has played a key role in the enlargement of the EU. Since July 2009 Ms. HĂźbner is a Member of the European Parliament and Chair of the Committee on Regional Development as well as a member of the Economic and Monetary Affairs Committee, and the Delegation for Relations with Switzerland, Iceland and Norway and to the European Economic Area. Prof. HĂźbner is also a Member of the European Parliament Delegation for relations with the United States. In 2004 Professor HĂźbner was entrusted as Commissioner with the regional policy portfolio. Earlier, during the past decade, her roles in Poland's Government have included Minister for European Affairs, Head of Office of the Committee for European Integration and Secretary of State for Poland's Ministry of Foreign Affairs, Deputy Minister for Industry and Trade and Minister Head of the Chancellery of the President of the Republic of Poland. In 2000-2001 Professor HĂźbner was Under-Secretary-General of the UN and Executive Secretary at the United Nations Economic Commission for Europe in Geneva. She studied at the Warsaw School of Economics where she obtained an MSc (1971) and a PhD (1974). In 1988-1990 Professor HĂźbner was a Fulbright scholar at the University of California, Berkeley. In 1992 she was conferred with the scientific title of Professor of Economics by the President of the Republic of Poland. She has been awarded with five doctorates honoris causa by European universities. Currently she is a professor at Department of Economics Development and Economic Policy at Warsaw School of Economics. 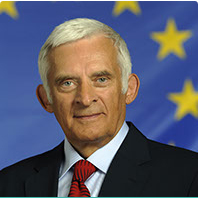 Jerzy Buzek,
Former prime minister and ex-president of the European Parliament, of which he has been a member since 2004
Buzek currently sits on the parliament?s foreign affairs committee and on the industry, research and energy committee. In July 2009, he was the first Eurodeputy from Central and Eastern Europe to be elected president of the European Parliament. During his two-and-a-half-year term, he helped finalize the ratification of the Lisbon Treaty, which replaced the Nice Treaty. Buzek has for years specialized in energy-related issues and, together with Jacques Delors, proposed the establishment of a new European Energy Community to exercise a firm and effective EU energy policy. He is also a human rights activist and has worked to foster closer ties between the EU and its neighbors. Buzek has a degree in chemical engineering and in 1997 was appointed a professor of technical sciences. In the communist era he was an opposition activist, and in 1981 he was elected chairman of the first Solidarity trade union convention in GdaĹ sk. As Polish prime minister 1997-2001, Buzek conducted key reforms to the pension, healthcare, education and administrative systems. He also reformed the mining sector. His government brought Poland into NATO in 1999 and began membership negotiations with the EU. In November 2012, Polish President BronisĹaw Komorowski awarded him the highest Polish decoration, the Order of the White Eagle, in recognition of Buzek's contribution to democracy in Poland and his political achievements on the international arena. Buzek has received honorary degrees from many institutions of higher education in Poland and abroad and is also an honorary citizen of more than a dozen Polish cities. 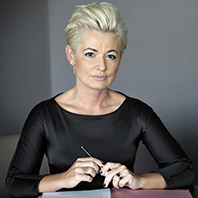 Iwona Sroka, Ph.D.,
Former President & CEO of the Central Securities Depository of Poland (KDPW) and KDPW_CCP
Untill September 2017 responsible for the management of two key infrastructure institutions in the Polish capital market: the central securities depository (KDPW) and the CCP clearing house (KDPW_CCP). In 2009, appointed President & CEO of KDPW, since the spin-off of the clearing house KDPW_CCP from KDPW in 2011, she is also President & CEO of KDPW_CCP. Educated at the Warsaw School of Economics, where she obtained her Ph.D. in Economics (Management Science). In 2000-2009 with the Warsaw Stock Exchange as Advisor to the Management Board and then Director of the Market Communication Department. She participated in all the major business projects of the WSE, from outline to implementation and development. Since October 2011, Iwona Sroka serves as Vice President of the Employers of Poland, the oldest and biggest organisation of employers. She is a Member of the Board of Directors of the European Central Securities Depositories Association (ECSDA); a Member of the Payment System Council at the National Bank of Poland; and a Member of the Financial Market Development Council to the Minister of Finance. In 2015, the President of Poland Andrzej Duda appointed her to the Social Dialogue Council, where she sits on the Task Force for Economic Policy and Labour Market. She is a Chairwoman of the Jury of the WĹadysĹaw Grabski Competition for the best financial journalists under the auspices of the National Bank of Poland. She chairs the Board of Directors of the Junior Achievement Foundation (A Member of JA Worldwide). 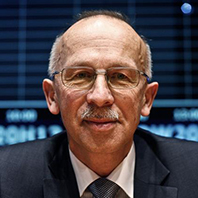 WiesĹaw RozĹucki, Ph.D,
The first President of the Warsaw Stock Exchange, 1991-2006
Graduate of the Foreign Trade Department, Warsaw School of Economics, 1970. PhD in Economic Geography. In 1979-1980, on a British Council scholarship at the London School of Economics. In 1990-1991, he was an advisor to the Minister of Finance and later Department Director at the Ministry of Privatisation. In 1991-2006, President of the Management Board of the Warsaw Stock Exchange. Member and Chairman of the Supervisory Board of the National Depository of Securities (KDPW, in 1994-2006). Member of the Executive Board of the Federation of European Securities Exchanges (FESE) and of the Working Committee of the World Federation of Exchanges (WFE, in 1994-2006). Currently Chairman of the Programmatic Board of the Polish Institute of Directors and Member of the Best Practice Committee founded in 2001. Member of the Supervisory Boards of public companies including: Bank BPH, Telekomunikacja Polska, TVN. Advisor to the investment bank Rothschild and the private equity fund Warburg Pincus International. Since 2011, Chairman of the Jury of the Economic Award of the President of Poland. Awarded with the Commander?s Cross with Star of the Order of Polonia Restituta and the French L'Ordre National du Merite. 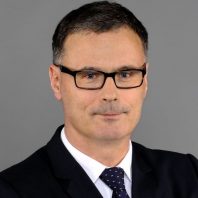